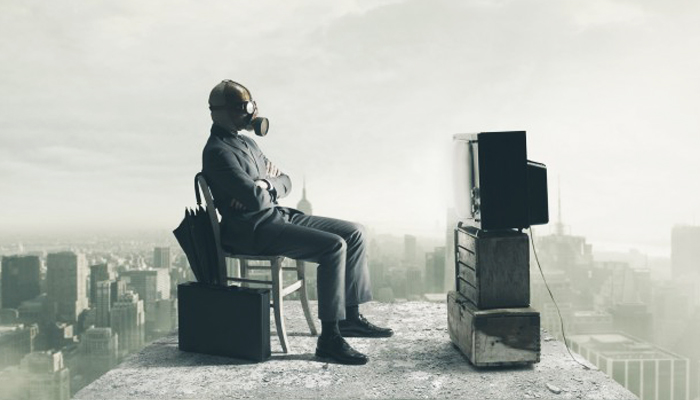 The first time when the NOAA observatory at Mauna Loa, Hawaii, recorded an amount of CO2 in the air above 400 ppm was on May 9th, 2013. April 2014 was the first month in human history with CO2 levels above 400 ppm every day. However, this value shows seasonal variations – typically reaching the peak in May and the base in September – and therefore the yearly average was still below the mark. But the trend was clear.

Indeed, in 2016 all months have been over the threshold so far. This record is going hand in hand with another alarming figure: August was the eleventh month in a row to set a temperature record. Last May someone was already wondering whether the value would have been under 400 ppm by fall or not. Now that fall has come, so has confirmation: as argued by Ralph Keeling, the son of the man whose name the chart below bears, “it already seems safe to conclude that we won’t be seeing a monthly value below 400 ppm this year –  or ever again for the indefinite future”. 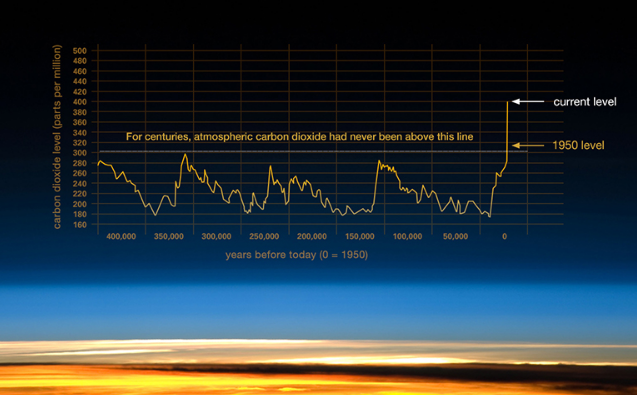 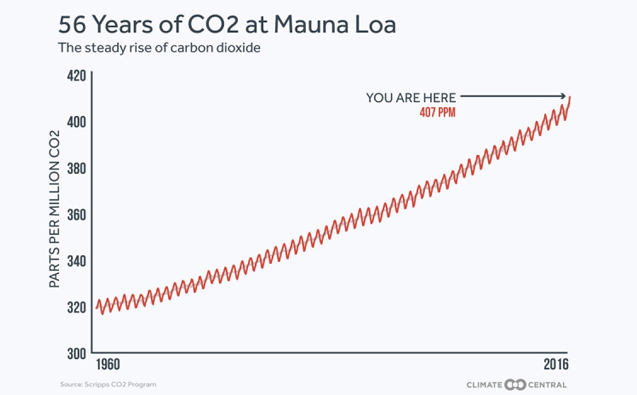 The hope is that bad news would encourage governments that have not ratified the 2015 Paris Agreement yet to act. In order for the agreement to enter into force, it must be signed by no less than 55 countries – already done – representing at least 55% of global carbon emissions. Italy is among the countries still missing, in good company with several EU member states. EU in fact should take China and United States as an example – just for once. If all EU member states ratified, the 55% threshold would be crossed and the agreement would entry into force, giving us a chance to avoid the most catastrophic consequences of climate change: sea level rise, ocean acidification, destruction of food chains and extinction.
For further information, read the news on Vice Italia.